Posted by Tarhaka Blog Post at 9:00 AM No comments:

Listen in at http://tobtr.com/s/8011183
Friday Night October 23rd 2015 at 7:00 pm est
On Moorish Talk Live 100 at Blog Talk Radio
Call in # 310-982-4184
PLEASE HAVE PAPER AND PENCIL FOR THIS CLASS
1. What is the detailed out line of our Ancient Story
2. Where are the Ancient Egyptians today ?
3. What markers did our ancient people leave around the world?
4. Who else built Ancient Pyramids on earth?
5. What happened to the ancient Egyptians when Greeks came into Egypt?
These are just a few questions that will be answered
Tarhaka Amaana El Bey fastest growing Network
in the Country dial this #972-999-9277 for a two
min message click here and start getting paid
http://www.5linx.net/L732332
Fore even more info call Tarhaka #904-303-9061
For debt relief NOW! click http://www.newdebtelimination.com
These questions and much more on this powerful broadcast.
Feel free to visit our Blog Spot, http://www.tarhaka-el-bey.blogspot.com/.
Join me on google plus https://plus.google.com/+tarhakaelbey19.
Listen to past shows by Tarhaka http://www.blogtalkradio.com/tarhaka 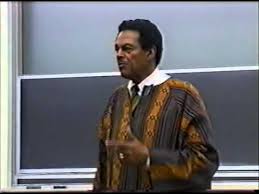 Posted by Tarhaka Blog Post at 6:39 AM No comments:

By Jaro
Here's what Brandon Adams and Gordon Hall (Creditors in Commerce) got charged, and convicted for. Those dumbos actually printed officially-looking money orders on check stock paper, and put SSN as an account # and Federal Reserve Bank routing # on them. And get this, they put Tim Geithner, the US secretary of Treasury as the drawee! Idiots! So it was NOT an A4V (Accepted for Value), it was a FAKE money order, claiming authority of the US Treasury, and a fictitious Federal Reserve account. They should have stuck with what they were teaching, i.e. to ACCEPT charges for VALUE, and not try to print fake money orders.
And Tim Turner who was convicted in 2013, did a similar stupid thing; he tried paying the IRS with fake bonds.
I doubt that they were making a 12USC411 demand for lawful money on their bank deposits, else I don't think the IRS would be after them.
Here's a doc from that case. Benton Hall is Gordon's son and co-defendant:
gov.uscourts.azd.840717.88.0.pdf
And here's a quote from IRS website:
"Members of Sovereign Citizen Movement Sentenced for Scheme to Defraud the IRS
On June 18, 2015, in Phoenix, Arizona, Gordon Leroy Hall, of Mesa, Arizona, was sentenced to 96 months in prison. Gordon Hall’s business partner, Brandon Adams, of Albuquerque, New Mexico, was sentenced to 40 months in prison. Gordon Hall’s son, Benton Hall, was sentenced to 27 months in prison. According to court documents, Gordon Hall partnered with Adams after they met at various seminars associated with the sovereign citizen movement. They devised a plan to create fictitious money orders to submit to the IRS in an attempt to eliminate Hall’s and Hall’s clients’ tax debts. The scheme operated out of Hall’s office and home in Mesa, Arizona, where Hall’s children, including Benton Hall, acted as office managers. Adams created all of the fictitious money orders based on information provided by Hall’s staff. All told, Hall and Adams created and caused the submission to the IRS of 149 fictitious money orders totaling approximately $93 million."
https://shazereverquar.wordpress.com/…/creditors-in-commer…/
http://www.plainsite.org/…/arizona-distri…/usa-v-hall-et-al/
And Gordon also filed habeas corpus on July 16:
https://dockets.justia.com/…/ari…/azdce/2:2015cv01370/934481
And here's the lowdown on Gordon. He seems a bit greedy and keeps getting in trouble with the law. When you add up the 96 months he just got, with the 180 months he got last year, he'll spend 23 years in jail:
"Gordon Hall pleaded not guilty and went to trial. He was sentenced last week to 96 months and the judge ordered that he serve his time consecutively — or back to back — with the 180-month sentence in South Carolina.
That totals 23 years, meaning Hall will be about 84 years old when he gets out of prison."
http://www.azcentral.com/…/former-arizona-million…/29316959/
GET OUT OF DEBT NOW! http://www.newdebtelimination.com 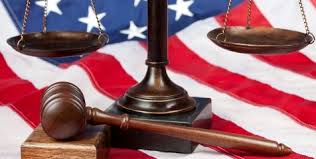 GET OUT OF DEBT NOW! http://www.newdebtelimination.com
Posted by Tarhaka Blog Post at 11:43 AM No comments:

GET OUT OF DEBT NOW! http://www.newdebtelimination.com
Posted by Tarhaka Blog Post at 9:40 AM No comments: