Get out of debt NOW! http://www.newdebtelimination.com
What is Legalese ?
What is a Driver ?
What is a Traveler ?
What is a Birth Certificate ?
Feel free to visit our Blog Spot, http://www.tarhaka-el-bey.blogspot.com/Join me on google plus https://plus.google.com/+tarhakaelbey19 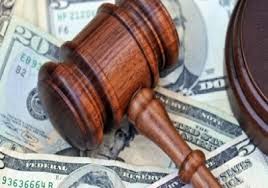 Posted by Tarhaka Blog Post at 2:22 PM No comments: 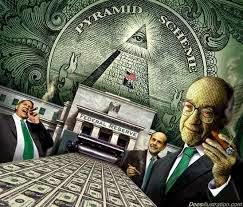 
You can serve the document on the other party if he or she does not have a lawyer. If the other party has a lawyer, you should serve the party’s lawyer.
Documents are often served on the other party by certified mail, return receipt requested, sent to the other party at his or her last known address (or to his or her attorney’s address). When you receive the green card, with the other party’s or the attorney’s signature, you and the Court will know that he or she received a copy of the document. The Rules of Civil Procedure also allow you to hand deliver or fax the document. You are also allowed to use a delivery service. Texas Rules of Civil Procedure, 21 (a).
Any document you serve on the other party must include a paragraph describing how you served the document. This is called a Certificate of Service.
A sample Certificate of Service looks like this:
Certificate of Service
I certify that a complete copy of the above was served on
, [PRINT the first and last name of the person you served.]
by : [Choose one]
certified mail, return receipt requested, certificate # ,
[PRINT certificate number from green card.]
at the following address: ,
fax, to the following number: ,
delivery service,
personal delivery,
on , [PRINT month, day and year.]
[SIGN your first and last names.] Petitioner, Pro se
For more and how to put this in force go to, http://www.newdebtelimination.com 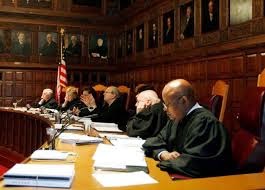 Posted by Tarhaka Blog Post at 3:36 AM No comments:

Employment with the Dept. of Justice as a Deputy U.S Marshal, his primary jurisdiction nationwide in conducting and investigating felon fugitive matters involving escaped federal prisoners, probation, parole, and bond default violators, and warrants generated by Drug Enforcement Administration (DEA) investigations and certain other related felony cases. Domestic Criminal Investigations,Fugitive Task Forces, International    Investigations, Electronic Surveillance   Unit provides covert support such as telephone monitoring, electronic tracking and audio-video recording. Analytical Support Unit   researches  information during fugitive investigations and also oversees the Warrant Information Network, Protecting the Courts Providing personal protection to federal judges, court officials, witnesses,Prisoner Custody and Transportation of individuals arrested by all federal agencies and responsible for the housing and transportation of prisoners from the time they are brought into federal custody until they are either acquitted or incarcerated. Prisoner Medical Care, Witness Security provides for the security, health, and safety of government witnesses, and their immediate dependents. Asset Seizure and Forfeiture, Special Operations Group is a specially-trained   and highly-disciplined tactical unit. SOG is a self-supporting response team capable of responding to emergencies anywhere in the United States or its territories. Missile Escort And  Judgment  Enforcement Teams. In his tenure with the company Talon System from 1983-1984, Chief Murray was the Administrative  Director of Weapons Training for State Department Diplomatic Security Team. Teaching officers weapon awareness use of deadly force and hostage negotiations.
Feel free to visit our Blog Spot, http://www.tarhaka-el-bey.blogspot.com/.GET OUT OF DEBT NOW ! http://www.newdebtelimination.comTO LISTEN TO PAST SHOWS BY TARHAKA GO TO,http://www.blogtalkradio.com/tarhaka.To read past articles by Tarhaka go to,http://www.ancientblacksinasia.blogspot.comFeel free to join any or all of the following Face Book groups to post your articles and ad'sTarhaka Black Awareness groupTarhaka New Moorish Group.Tarhaka Moorish American Group.Tarhaka Institute.Moorish American MenMoorish American Men and Women.Major Wealth Building NetworkMajor Wealth Building Network 2 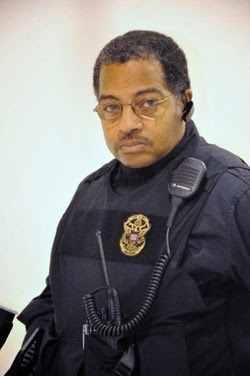 Posted by Tarhaka Blog Post at 9:46 AM No comments: