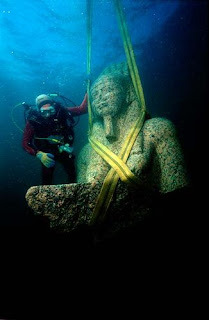 Posted by Tarhaka Blog Post at 6:13 AM No comments:

What Would You Do If You Knew For A Fact, You Would Never Die?

(Please share this post)
Just think for a moment we could go on a new mission for living a better life.
No more mad rush to meet deadlines that only benefit the dead (people who don't know they never die).
What bigger part would love, truth, peace, freedom and justice play in your life now that you know for a fact you can never die. How would you change your lifestyle?
How would you treat your neighbor, your nation, your customers, your enemies? After all, when it comes to enemies you have a very powerful tool called justice meaning guaranteeing that no one on earth is mistreated and guaranteeing that those people on earth who need the most help get the most constructive help.
Anyone exercising racism can be truth-ed into aiding you in bringing to a screeching halt racial profiling, racial tailoring, racial dislocation, and white sacrificing, all you would need is to get the help of those people like you who were born from the original universal nation on earth.
Using your new found facts (I will never die) there is much peace to bring to the earth which in itself is a big job for you and your universal team. But very easy because you have another tool at your disposal called (freedom) from the restraints of death.
You and your team have a brand new brain set and one of your greatest weapons is called (truth) that you wield like a double edge sword that cuts in all directions, and you have no mercy, you spare no enemies at all, at no time, about no subject under the sun.
A master of your ancient story as well as his story.
As you watch the world run to and fro, back and forth day and night you sit calmly and relaxed heavily armed with the greatest truth of all ( I will never die) when my physical body will pass away I will simply return again, after all I am a spiritual being having a human experience (spirit clothed in flesh).
Plenty of time for me to prepare to drop the biggest weapon in my arsenal on those who are worthy only the weapon of (Love).
Well, now it's a brand new day I think I'll start with those people who look like me.
Request my free report by clicking onto the contact us spot at
http://www.newdebtelimination.com
(Please share this post) 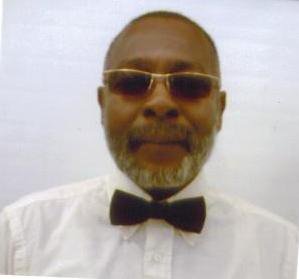 Posted by Tarhaka Blog Post at 9:29 AM No comments:

Tarhaka recommended books of the week Get them now!

Add them to your library for your children and grandchildren. Request my free report by clicking onto the contact us spot at http://www.newdebtelimination.com(Please share this post) 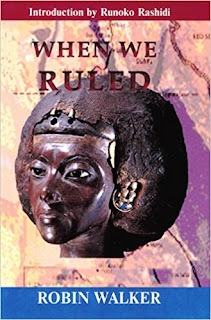 Posted by Tarhaka Blog Post at 3:55 PM No comments:

(Please share this post)
Amerigo Vespucci - Explorer - Biography.com
Apr 27, 2017 - On his third and most successful voyage, he discovered present-day Rio de Janeiro and Rio de la Plata. Believing he had discovered a new continent, he called South America the New World. In 1507, America was named after him. He died of malaria in Seville, Spain, on February 22, 1512.
I have a question at this point, what was the name of this land we call America before 1507?
My second question is who were you and your forefathers, what were you called before 1507 if you look like me?. And what is an American again?.And you call yourself what now?.
And how is it possible for a man or woman to discover someplace on earth when it was already populated by real native owners of the land?.
What was the original name of Africa?
The name Africa was given to the continent by the Romans. Africa was also called: Kemet, Corphype, Olympia, Libya, Egupe, Hesperia, Ortegia, Ethiopia, Ta Merry, and Sedan. The ancient name for Africa before it was Hellenized was “Akebu-Lan”. Which means “Mother of Mankind” or “Garden of Eden”.
In his magnificent book they came before Columbus Ivan Van Sertima reported evidence was recovered from South Florida of plant life that can only be found on the Continent we now call Africa today, I have relatives living there in south Florida and have seen the plants and trees myself, If the world was one land mass at one time, that would explain the vast amount of trees and plant life found on the ground in what has been labeled as Florida and Africa.
In order for someone to rule over you, he must first remove your roots of Knowledge of self-replace your real ancient story with what we all have come to know as His-story (history).
To combat this type of attack you must surround yourself with the truth of your own story, put it in close proximity to your children from your own library so it can be passed own to future generations of children who came from your own seed.
What is Religion?
re·li·gion
rəˈlijən/
noun
The belief in and worship of a superhuman controlling power, especially a personal God or gods.
a pursuit or interest to which someone ascribes supreme importance.
Question what was it I knew for a fact before being taken by the hand walked into a building and told about a white guy whose pitcher hung on the wall inside the building each Sunday morning? How many people on earth classified as white would allow their children wives and families to put up a pitcher of an African Male inside of their buildings of worship and expect them to pay homage to or believe in the man in the pitcher on the wall?.
What has Religion brought to the earth?
The total is between 16 million and 31 million deaths due to religion in recorded history. By comparison, 60 million people died in World War II. Here's the breakdown, rounding to the nearest million (so the witch hunts don't make the cut): The Holocaust: 6 million.
Tens of thousands of people (both soldiers and civilians) were killed in the conquest of Jerusalem. The Crusaders themselves suffered; historians estimate that only one in 20 survived to even reach the Holy Land. It is estimated that 1.7 million people died in total.
How many wars have been started over religion?
In their recently published book, “Encyclopedia of Wars,” authors Charles Phillips and Alan Axelrod document the history of recorded warfare, and from their list of 1763 wars, only 123 have been classified to involve a religious cause, accounting for less than 7 percent of all wars and less than 2 percent of all people.
What was the Holy War?
The great series of western holy wars were the Crusades, which lasted from 1095 until 1291 CE. The aim was to capture the sacred places in the Holy Land from the Muslims who lived there, so it was intended as a war to right wrongs done to Christianity. The first Crusade was started by Pope Urban II in 1095.
As you can plainly see the above people believed in it so much it killed them. I wonder what life would have been like for them if they dealt with what they knew for a fact instead of what they believed in that they never saw .
Many people all over the United States and other Countries will read this article and be excited in the beginning until they reach the bottom portion about giving up MASTERS RELIGION!.
For what they know for a fact and can prove and remember the least you can do is ask questions so you can have the facts your inquiring children want to know don't ever let them down by telling them lie's or something you believe in that you cant prove and somewhere (Heaven or Hell) you never been, Where someone supposed to live at you never met in person.
Let's deal with what you know instead of what you believe for a moment
let's try that for a change and see how you come out, you might like it, after all, you been at the belief thing for well over 400 years looking for something different and good to happen for you as a Nation it never has and it never will give old Massa' back his Religion. 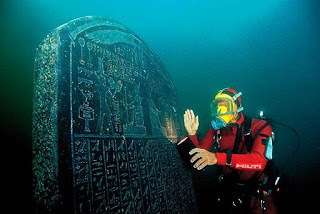 Posted by Tarhaka Blog Post at 7:27 AM No comments:

Tarhaka and Grand Chairman of the Moorish Government on Current Events

Posted by Tarhaka Blog Post at 6:17 AM No comments:

The Deadliest Mass Shootings and killings in U.S. His-story

In 1921 Greenwood in Tulsa Oklahoma had the wealthiest black neighborhood in the country. Well over 300 people were killed, About 40 blocks were destroyed, including 1,256 homes, many of which had been looted before they were set alight. The death toll, most likely never to be fully determined,
Rosewood Massacre (1923)
On January 1, 1923, a massacre was carried out in the small, predominantly black town of Rosewood in Central Florida. The massacre was instigated by the rumor that a white woman, Fanny Taylor, had been sexually assaulted by a black man in her home in a nearby community. A group of white men, believing this rapist to be a recently escaped convict named Jesse Hunter who was hiding in Rosewood,
Well over 150 people were murdered.
Thousands Of Free Black People Were Killed In Concentration Camps In The U.S?
The Devil’s Punchbowl is a place located in Natchez Mississippi, where during the Civil War, authorities forced tens of thousands of freed slaves to live in these American death camps. The Union army did not allow them to remove the bodies from the camp. They just gave ’em shovels and said bury ’em where they drop.”
“When the slaves were released from the plantations during the occupation they overran Natchez. And the population went from about 10,000 to 120,000 overnight,”.
“So they decided to build an encampment for ’em at Devil’s Punchbowl which they walled off and wouldn’t let ’em out,”
In Natchez Mississipi alone, official estimate that in the time span of just one year, over 20,000 free Black people were killed in the concentration camp called The Devil’s Punchbowl.
America’s Forgotten Mass Lynching: When 237 People Were Murdered In Elaine Arkansas.
A man named Carter had tended 90 acres of cotton, only to have his landlord seize the entire crop and his possessions. From the town of Ratio, in Phillips County, Arkansas, a black farmer reported that a plantation manager refused to give sharecroppers an itemized account for their crop. Another sharecropper told of a landlord trying “to starve the people into selling the cotton at his own price. They ain’t allowing us down their room to move our feet except to go to the field.”
No one could know it at the time, but within a year these inauspicious meetings would lead to one of the worst episodes of racial violence in U.S. history. Initiated by whites, the violence—by any measure, a massacre—claimed the lives of 237 African Americans, according to a just-released report from the Equal Justice Initiative. The death toll was unusually high, but the use of racial violence to subjugate blacks during this time was not uncommon.
The root cause of 1919’s violence was the reassertion of white supremacy after World War I. Disfranchisement, Jim Crow laws, and biased police forces and courts had stripped African Americans of many of their constitutional rights and created deeper economic, social, and political inequities. Blacks who defied the rules and traditions of white supremacy risked personal ruin (being banished from their hometowns was one punishment), bodily harm (beatings and whippings), and death. 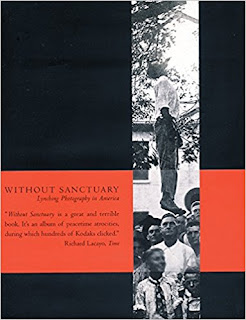 Posted by Tarhaka Blog Post at 7:35 AM No comments: